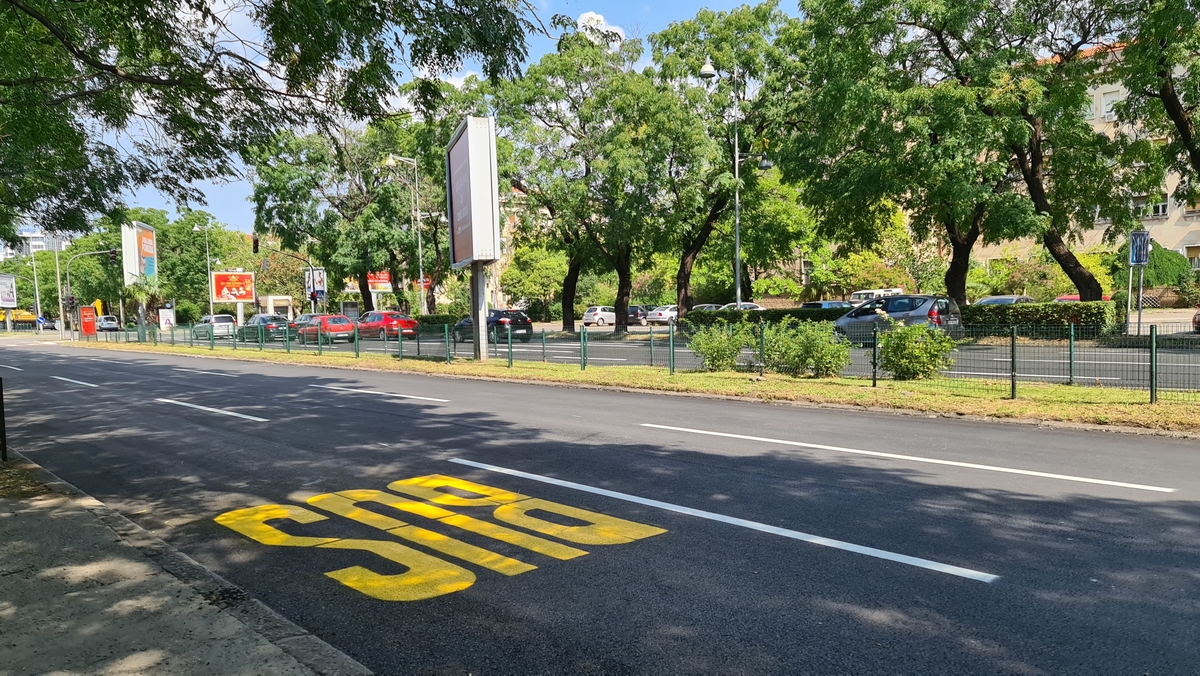 Secretariat for Transport of the Capital has made a project of turning the third lane on Svetog Petra Cetinjskog Boulevard into a dedicated lane for public and taxi transport. The lane marking will start this month, and the prefabricated curbs for the same purpose will be installed later.

This is another way to motivate fellow citizens to use these modes of transport as much as possible and is in line with what are good practices of cities in the region and beyond. The so-called yellow lanes for buses, trams and taxis are present in almost all major cities, and are usually located along the right curb, to ensure direct entry of passengers from the sidewalk into the vehicle. In addition, this is another step closer to the realization of all goals set through the most important document in the field of transport in the Capital - the Sustainable Urban Mobility Plan.

We remind you that, previously, thanks to the construction of modern telecommunications infrastructure, work was done on connecting traffic lights - traffic lights on Svetog Petra Cetinjskog Boulevard with the control center, and for that purpose the necessary equipment in the amount of EUR 38,689.75 was procured. In that way, the centralized management of traffic light devices is enabled, which takes place in real time and includes eight intersections along the entire Svetog Petra Cetinjskog Boulevard. Based on the existing signal plans, line coordination of traffic light devices was released, whereby both directions - the course from the direction of Blok 5, i.e. the course from the direction of Stari Aerodrom which is treated almost equally as a priority.