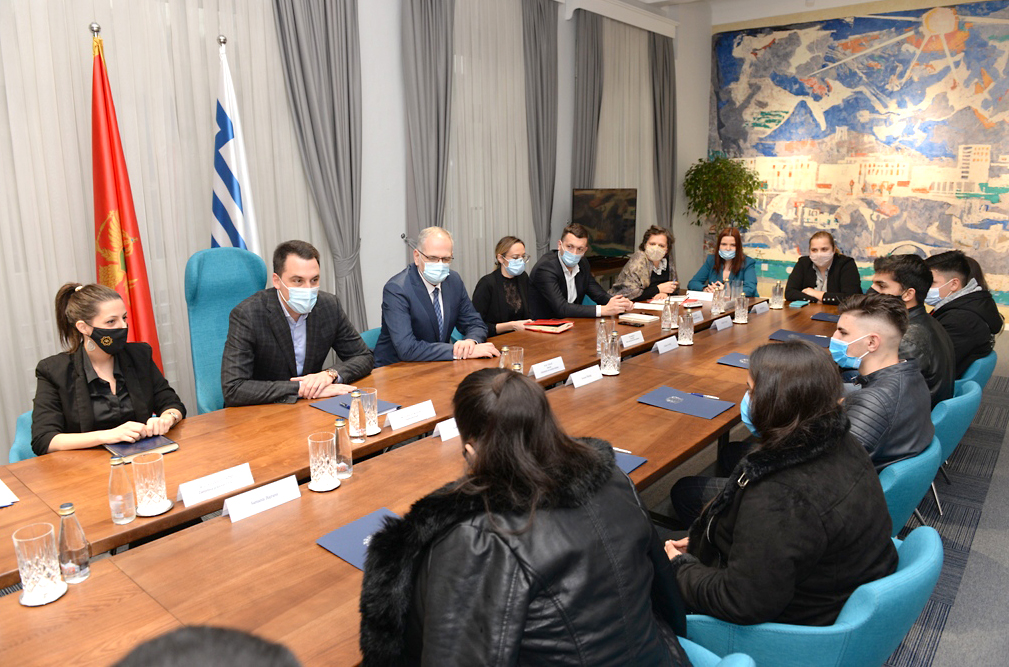 Today, the Mayor of Podgorica, Ivan Vukovic, Ph.D., signed internship agreements with the ten most successful participants in the job training program they attended as part of the "REopen Doors" project. The internship of young Roma and Egyptians in the organizational units of the Capital will last for four months, i.e. until the middle of April 2021, and the Capital is implementing this project in partnership with the Montenesoft Educational Center.

"Today, I had the pleasure to sign contracts with ten participants within the project that we are implementing with the support of the European Union, the relevant ministry and the Roma Council, intended for professional training of members of the Roma and Egyptian populations. This program has enabled them to undergo thorough training from the beginning of this year, to acquire the necessary knowledge and skills to work in state administration bodies at the state and local level, and today we signed an agreement on a four-month internship in the Capital", Mayor pointed out.

He emphasized that in this way, our young fellow citizens will have the opportunity to get acquainted with what our working day looks like, what it means to manage the city, what problems we face and how we try to respond to all challenges. "The idea is to pass through all organizational units in those four months, and we sincerely hope that they will be recommended for work in the system of the Capital or some other employer", Vuković said.

The Mayor said that this is a very important project having in mind which population it is intended for and how most members of that population live in the capital and Montenegro.

"It is very important for this project to be successful because in that way we will send a message to other members of the Roma and Egyptian population that it is possible to succeed in Montenegro, that this is a country that offers a chance for education and employment, so we are extremely proud we, as the city administration, to be able to give a contribution ", Vuković concluded and thanked his colleagues from IPA team, the Secretariat for Social Welfare and the project partners.

The main goal of the "REopen Doors" project is to contribute through the training and internship program to reducing exposure to poverty of Roma and Egyptians, as socially vulnerable populations, in order to more effectively help eliminate the causes of their social isolation and marginalization.

At the same time, through the improved employment perspective, the project aims to encourage their better integration into Montenegrin society.

During the training in the form of workshops, ten engaged educators helped young Roma and Egyptians to acquire knowledge of Montenegrin and English, taught them to understand business language and the language of administration, to master the skills of using IT tools (four key programs from MS Office), while they improved their personal, social and intercultural skills with a psychologist and a sociologist.

The REopen Doors project has been approved for funding from the SOPEES Program (Sectoral Operational Program for Employment, Education and Social Policies).

The total value of the project is €99,704.85, of which 90% (€89,734.37) is provided from the IPA II program SOPEES, and 10% (€9,970.48) is the participation of the Capital in the costs of project activities. IPA II Sectoral Operational Program for Employment, Education and Social Policies (SOPEES) aims to build a developed and cohesive society by creating better conditions for raising the employability of the population, improving the quality of education, and social inclusion and reducing the risk of poverty. 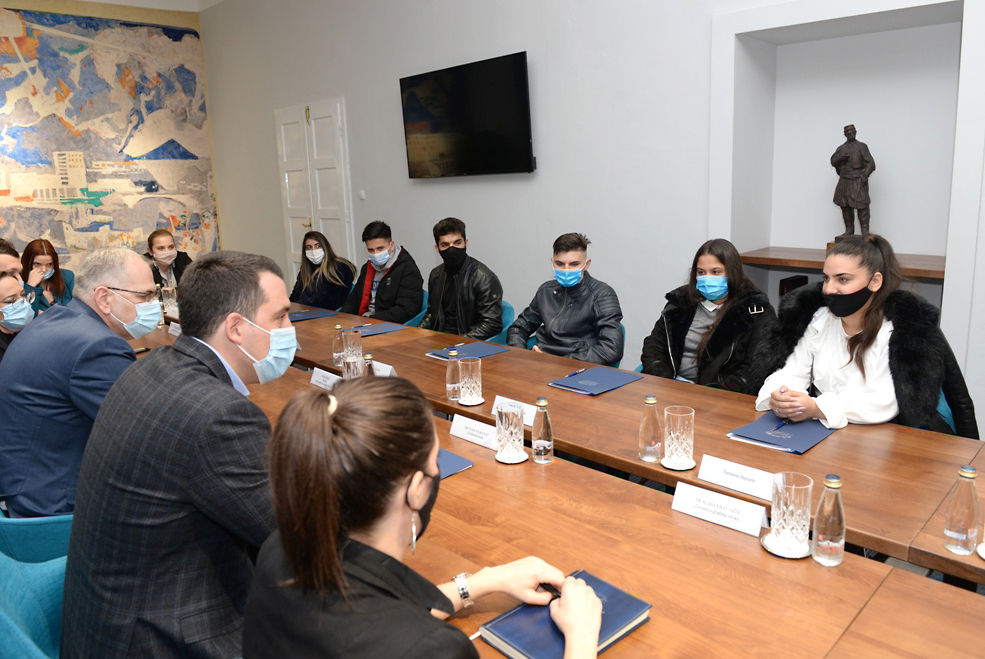 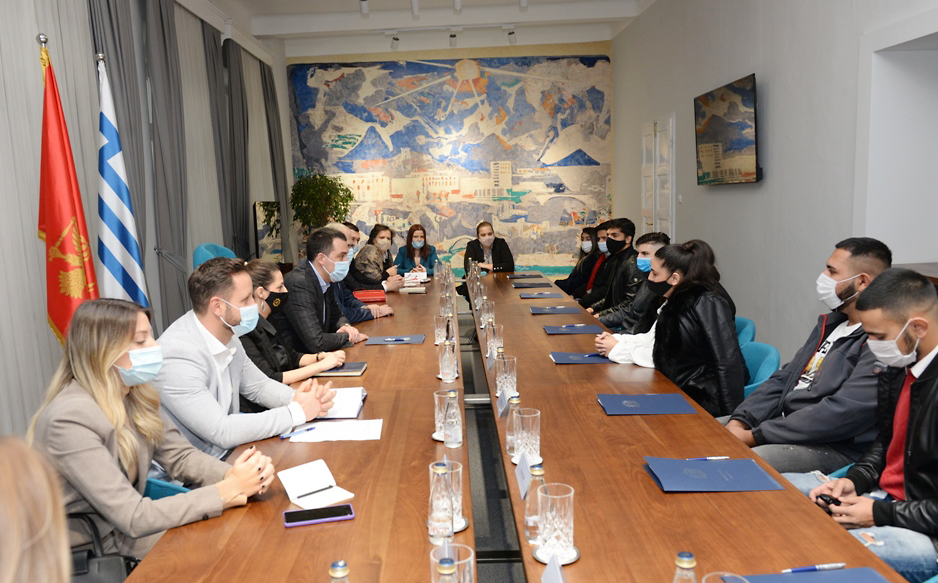 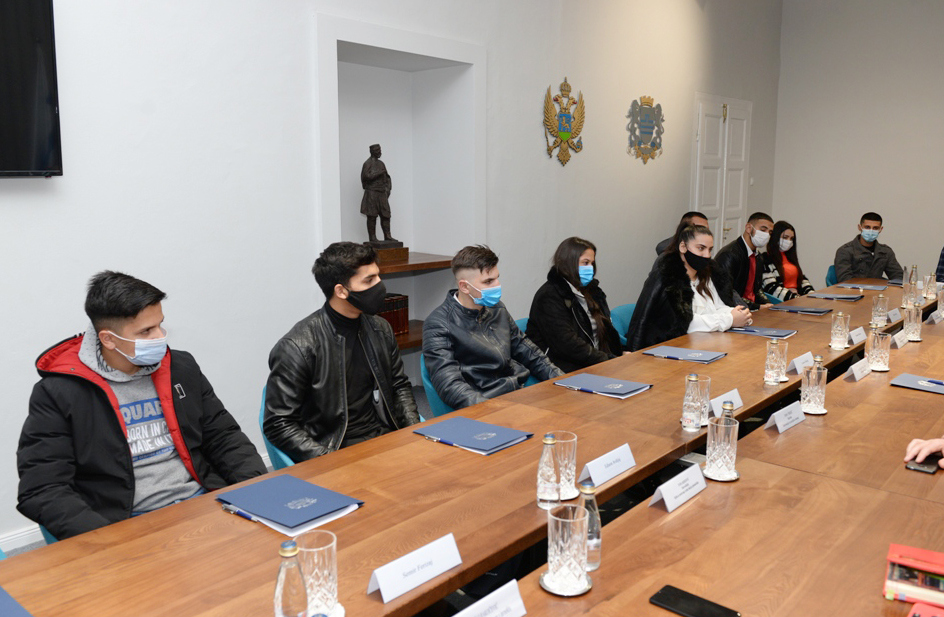 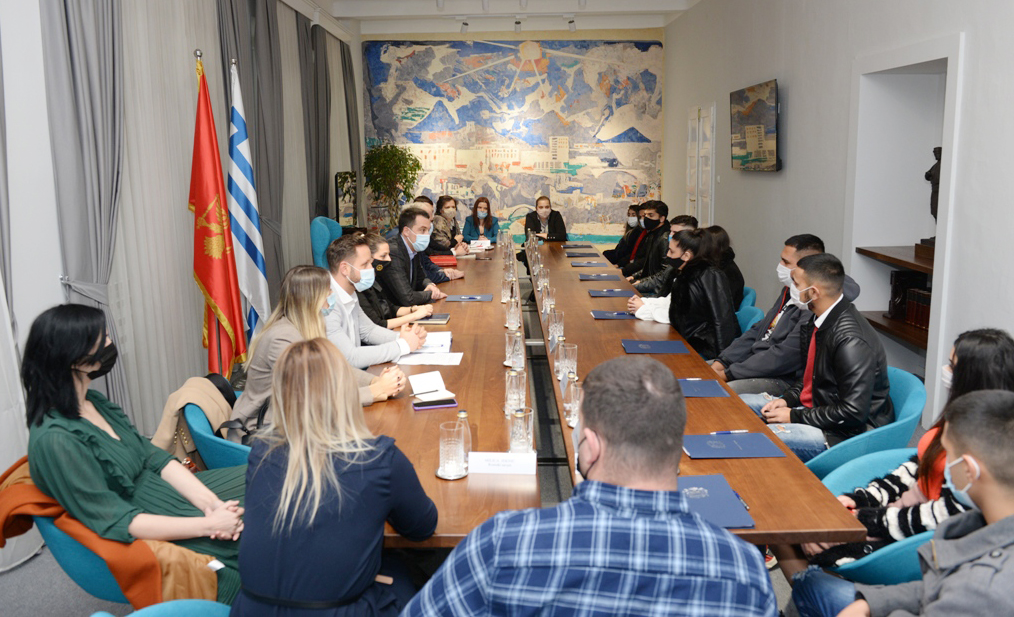 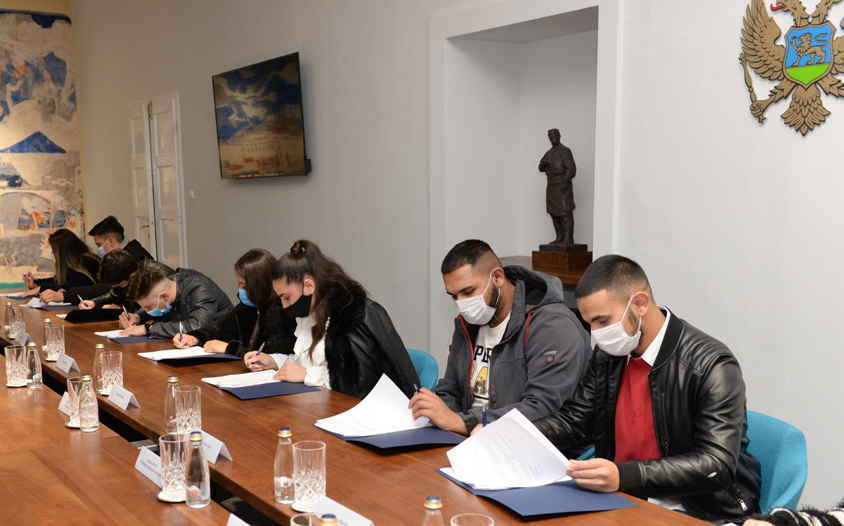 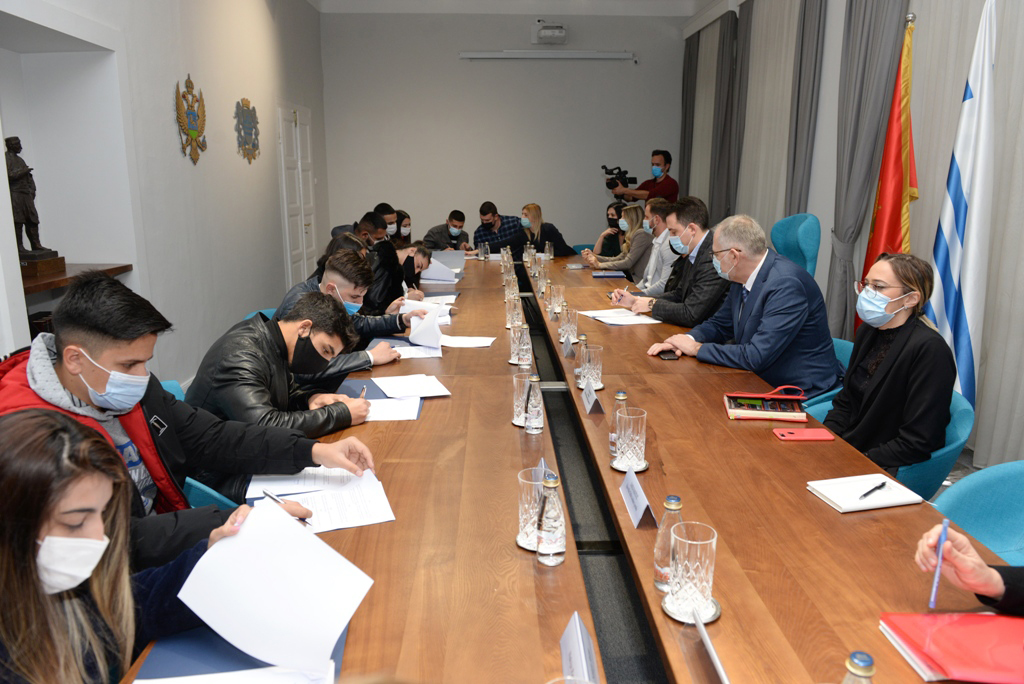 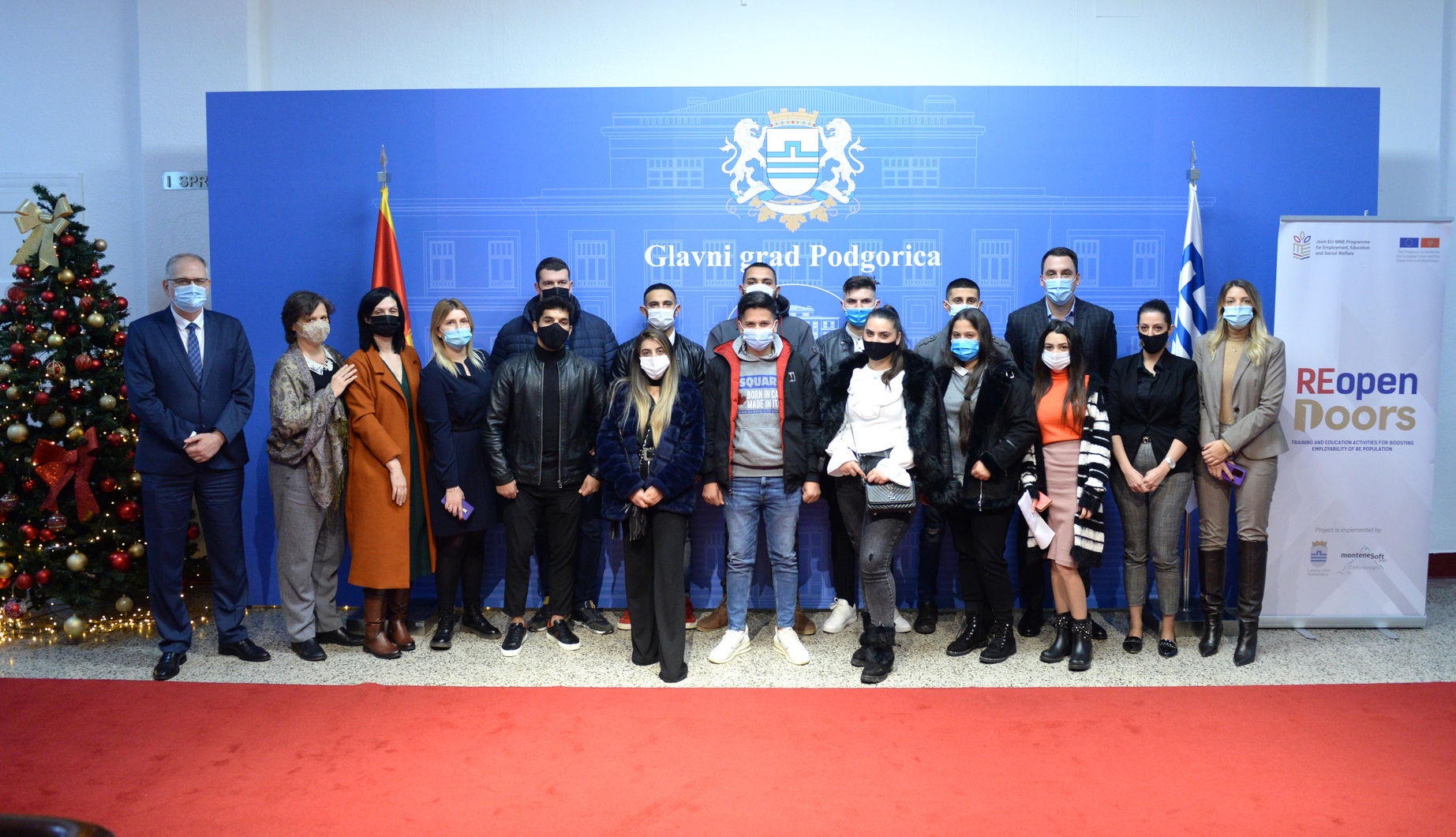